Time for part two of the mobile lab on my laptop. After the installation of the two Hyper-V nodes (Windows 2016 TP4) I went searching for a way to give the two nodes “shared storage”. After some searching I came on the idea to create a virtual SAN with StarWind virtual SAN. This is some amazing software. It can create an ISCSI initiator on your laptop and can serve virtual disks (files) to the Hyper-V nodes. I have created two volumes to serve to the Hyper-V nodes (1x 1 GB for Qurom and 1x 50GB for the VM’s) the second volume is not very large because I won’t be running a lot of VM’s on the cluster.

After the search for shared storage we can install a virtual machine for the VMM role. You can download the TP4 of VMM here. I have installed SQL 2014 with sp1 on the same machine as were VMM is running.

In the newly installed VMM server we can add the Hyper-V hosts. After the Hyper-V hosts have been added to VMM you can create a new cluster in VMM. Go to fabric > All hosts > Create > Hyper-V Cluster 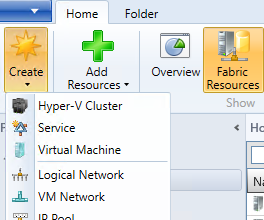 Select both of the hosts en give a free ip adress and you’re all set.

For monitoring you’re Hyper-V laptop there is a great free tool from Veeam called Veeam Task Manager. It can give you easy information about the amount of CPU and memory the VM’s are taking. Link here. 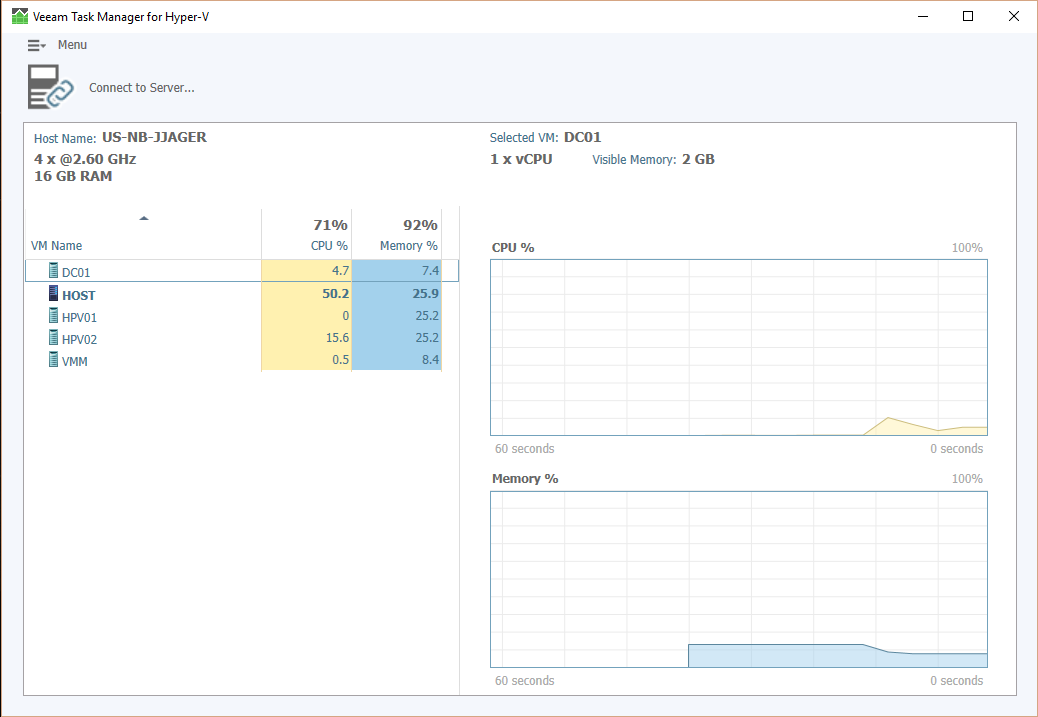 In the next part (part 3) I will be creating some nano servers to run on the virtual cluster.